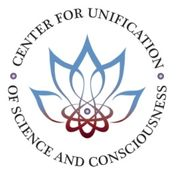 The “Getting the Experiments Done" Team

Here's a group photo of the authors of the paper "On Testing the Simulation Theory" published in the “International Journal of Quantum Foundations” along with the lead experimenter contracted to set up and perform all of the experiments. This photo was taken just after Tom visited the lab to see how things were progressing in October 2019

Tom gave a brief update on the physics experiments at the start of the first ever MBT Online Immersive last week...

Tom was asked to give a quick update on the experiments during a recent interview...

Someone had the foresight to record what was being discussed at the October 17th visit to the lab where the experiments are being performed on their mobile phone. We are sure you will enjoy these brief clips that give more insight into what is going on...

More clips will be added as they become available!

Tom and the CUSAC Board of Directors visited the lab where the experiments are being conducted last month just before the start of the MBT: From Head to TOE event at UC Irvine in California. The following morning, at the start of the event, Tom talked a bit about the status of the experiments and officially introduced Dr. Farbod Khoshnoud of Cal Poly Pomona who, with his team, are conducting the experiments. Here is a link to watch that on Tom's YouTube channel...

Tom's experiments are being done by a team of credentialed academic professionals employed by a West Coast university that is under a year-long contract to CUSAC to perform the experiments outlined at the MBT-LA 2016 event. This team, a collection of senior faculty and students, are enthusiastic about exploring the potential connection between physics and consciousness.

CUSAC’s contract with the university took a longer time than expected to finalize, but the team is now in the process of gathering the proper equipment and negotiating the learning curve required to set up the first experiment. Of course, CUSAC’s research project must be integrated with the team’s normal teaching, learning, and mentoring duties.

As experimental results become available, however they turn out, Tom will provide a full-disclosure and explanation of the results in various public forums such as YouTube videos, this newsletter, and at his speaking events.

A short video update from Tom was posted to his YouTube channel today.

within the next month!

(with thanks to Scott for the great editing)

If everything goes as planned, the first (most simple) experiments are to be completed this year (2019). We should have some definitive results and documentation from the university physicists doing the work by mid-year.  Whatever the outcome, it is our plan to document the entire process from beginning to end (video and audio as well as written reports by the physicists doing the work) and make it all public as soon as the digital footage can be edited and published. The two more-complex experiments (significantly more difficult and time consuming to set up) may or may not be done by the same group -- that is yet to be decided. I am thrilled to finally be getting some experimental facts to clarify these fundamental issues. Stay tuned.﻿ Tom

Tom answers the most pressing questions regarding his experiments in

Richard Feynman, one of the great theoretical physicists said, “Nobody ever figures out what life is all about, and it doesn't matter. “Study hard what interests you the most in the most undisciplined, irreverent and original manner possible.”

I cannot say that Tom Campbell’s MBT quantum mechanics experiments are undisciplined, perhaps they are irreverent, but they are certainly original. His approach to deriving quantum mechanics from first principles, thus explaining the “why” of it as well as the computational "how", challenges current beliefs of quantum physics.

Understanding (or not) what quantum physics implies about the nature of reality reminds us of another quote attributed to Richard Feynman: “Shut up and calculate”, which suggests that while the math of quantum mechanics is good at delivering the right answers, it offers no insight whatsoever into the seemingly unfathomable mystery of a quantum reality.

Tom Campbell’s MBT theory is taking the first step toward solving that mystery.  Campbell challenges the traditional assumption that entanglement between particles and detectors somehow preserves the which-way information, even though the math dutifully produces the right answer.

In this video, Campbell discusses the connection between math and physical reality, and explains why computing the right answer does not necessarily imply that one has the correct understanding.

At present, quantum mechanics is a computational science, it is logical only in the sense that QM math is self-consistent.  It is decidedly not logical in the sense that all other basic sciences are logical – that it is derivable from well understood first principles.  Campbell plans to change that by deriving quantum theory from the first principles of MBT consciousness theory – an idea that seems plausible once one understands that consciousness is fundamental while all else is derived therefrom.

From the research Tom and his colleagues have conducted, it appears there are no experiments that define what the facts really are on this particular disagreement about the collection of which-way information.

That is why the experiments Tom has designed need to be conducted – to establish the truth.  Theory is nothing but conjecture until an experiment is conducted to confirm or deny it.

Campbell, in this video freely discusses his own uncertainty, explaining that he does not have all the answers and could be working from an incorrect assumption.  Certainty is not the nature of good science, or good scientists.

It is possible that conducting these experiments may solve the deep mystery Feynman knew still existed at the root quantum mechanics.  We shall see.

A Request For Information (RFI) document has been created and is being distributed to individual universities and scientists (worldwide) to ascertain interest, abilities, costs, and potential timelines. We have had several requests for our RFI and have sent copies to several highly qualified potentially interested physicists but have no commitments or contracts yet (it is still very early in this process). It is our hope to have multiple offers to do the experiments so we can choose the best one. Finding the right people to do a very unusual but important job is a slowly evolving process requiring a lot of back and forth communication.   But this is just the beginning...in time we will find competent and credible scientists who will be willing to do these experiments…and when we do, we will let you know. We will publicly disclose all the results of our experiments no matter how the experiments come out (you will be notified through email, YouTube videos and/or Kickstarter).

Please consider that all the effort expended on this project is volunteer effort (except for the lawyers setting up CUSAC) that is freely given by people who are already very busy with other commitments (like demanding lives and full-time jobs). I am pleased with what we have accomplished in the little time we have had.  Everything is progressing smoothly so far. As major events happen, (rewards ship or a top tier scientist commits to doing the experiments) we will keep everyone informed. Be patient, the wheels are turning, the volunteers are working, and candidate physicists are considering the possibilities, benefits, and costs, as quickly as they can.

Copyright © 2018 Center for the Unification of Science And Consciousness - All Rights Reserved.